An Introduction to Desmond Miles 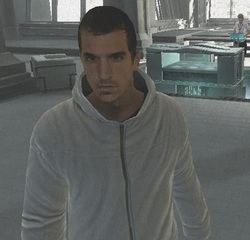 The protagonist of Assassin’s Creed, Desmond Miles, was born into what is called the Assassin Order. Disbelieving of the evils he was taught to fear, he fled the brotherhood and began a new life as a bartender, until a corporation called Abstergo captured him. Desmond was made to use the Animus, a machine that can delve into what Warren Vidic (head of Abstergo Industries’ Animus project) calls genetic memories. These are the memories and experiences of one’s ancestors, which are held in the DNA of each person in the bloodline. The first Assassin in Desmond’s ancestry is a member of the Assassin order named Altaïr Ibn-La'Ahad, in the year 1191. 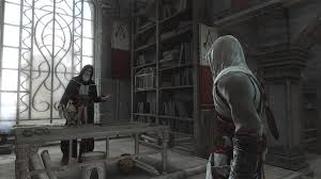 Altair is told by his mentor, Al Mualim, that "We are nothing if we do not abide by the Assassin's Creed." What is this Creed? The members of the Assassin order hold 3 tenets sacred:

Two, to hide in plain sight. Al Mualim says, "Let the people mask you such that you become one with the crowd.” The real Assassins would have done this during their time, blending with the crowds to pursue their targets until the opportune time to assassinate them.

And last and foremost, one was not to compromise the Brotherhood. Al Mualim, in scolding Altair, says, "Your actions must never bring harm upon us – direct or indirect!" If for some reason, an Assassin was taken hostage or a mission went wrong, they were to do all within their power to keep from revealing or harming the Brotherhood, enduring extensive torture if necessary.

And we mustn't forget the Creed's maxim. Nothing is true, everything is permitted. 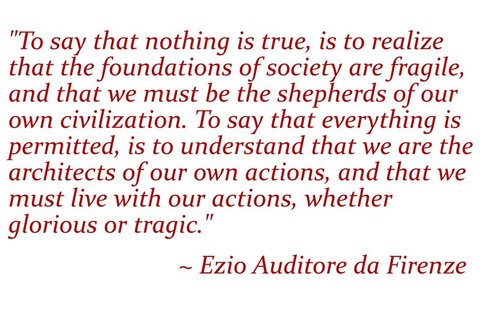 In a failed attempt to assassinate one of the Templars, Robert de Sablé, Altair broke all three tenets, and was demoted to the rank of Novice by Al Mualim. Tasked with hunting and assassinating nine Templars, Altair set out to earn back his status of Master Assassin. Upon doing so, he learned several important things. One, that each of the individuals he’d been sent after were carrying Pieces of Eden. These were a series of artifacts that later served a great purpose, one of which Robert de Sablé had been trying to steal. When Altair finally killed Sablè, he was told the name of a tenth Templar, no other than the leader of his Brotherhood, Al Mualim. Desmond’s genetic memories of Altair end with Altair killing the corrupt Al Mualim. After this, Desmond is removed from the Animus, no longer needed. He learned that Abstergo is a modern day Templar industry. Having seen Altair and the recovered Pieces of Eden, Abstergo believed finding the rest of the Pieces of Eden could bring the end of the world in 2012, the Templars’ ultimate goal. 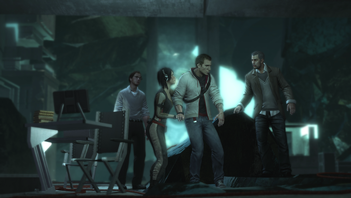 The rest of the games follow suit, Desmond escapes Abstergo with the help of a
girl named Lucy Stillman, a former Abstergo employee/ double agent. With the help of a few others, Desmond uses the Animus to travel through the memories of his other Assassin ancestors, striving to find the Pieces of Eden and keep them from the Templars.
Desmond’s journey ends with his decision to destroy himself to prevent the
destruction of the world. 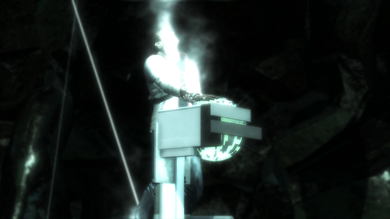 Desmond sacrificing himself to prevent the Second Disaster.