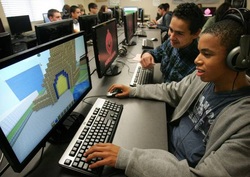 Studies show that students simply don't enjoy school as much as they used to. If a student isn't enthusiastic about their education, they put less effort into it, resulting in lower marks. How could a teacher put more enthralling methods of teaching to use? Textbooks appear to many as too thick, boring, and meaningless. What we need is a new way to engage students. If a teacher were to take into consideration the favourite pastimes/ hobbies of their students, they could use them to assign projects accordingly. For example, if a student enjoys music, a teacher could have them write or research a song (or songs) based on what they are learning in class. If a student has a love of video games, a teacher could request they play a game (such as Assassin's Creed) that has educational value.
Any one of the games in the series is suitable for history teachers to use, with various time periods and locations. 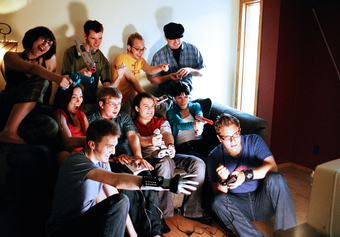 Still, the argument arises that video games are purely for entertainment, and don't have enough educational value to be used as a serious teaching tool. It is my belief that video games can be used to teach not only history, but other classes as well. The following is a partial list of games with educational potential and their relevance to learning.
Angry Birds: This popular iPhone/iPad game uses trajectory and aiming skills, and could be used to make algebra and related math lessons more enjoyable.
Minecraft: This online game has become increasingly popular recently. In it, players and their friends can build homes or other structures. Trish Cloud from Torrence Creek Elementary School in Huntersville, N.C. has asked her fourth grade students to research North Carolina landmarks and build them to scale using Minecraft.
Tomb Raider: Not recommended for younger students due to sufficient amounts of violence and mild coarse language, this game can be useful in more than one area of education. The game follows a treasure hunter across the globe in search of legendary
artifacts, often running into enemies on the way. Players are introduced to new locations and learn about their environments as well as the species that are native to them. Ancient civilizations are important in this game, and as a fan of the TR series myself I had learned a great deal about mythology and ancient cultures. Historical figures and places are featured occasionally, and historical facts are often key parts of the stories.